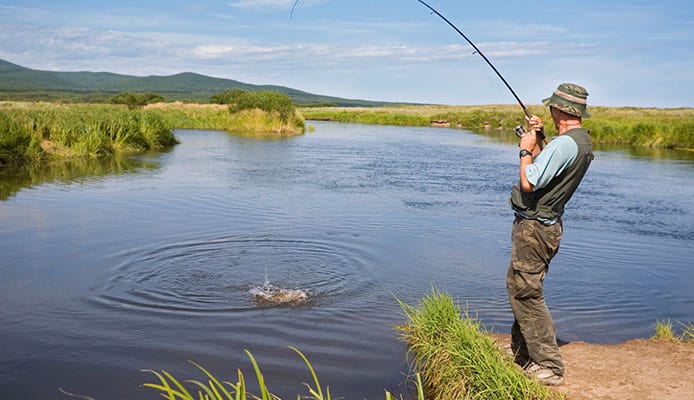 Fishing reels have evolved exponentially over the years as manufacturers have become more innovative with regard to their product’s design and performance. Unfortunately, the wide range of available fishing reels today has also caused some confusion for the beginning angler. Despite the myriad of fishing reels available in the market, it remains that two of the most popular types are the baitcasting reels and spinning reels. And when it comes to choosing between a baitcaster vs. spinning reel, each and every angler has his or her own preference.

Although baitcasting reels and spinning reels share the spotlight when it comes to popularity, there is a huge difference between the two. Below we’ll take a look at both types of fishing reels, their pros and cons, and more importantly in what particular fishing scenario should each be used. Hopefully this will help to clear up some of the confusion as to which between spinning reel vs. baitcasting reel is the better choice.

What Are Spinning Reels?

Between spinning reels and baitcasting reels, the former is often considered to be the more popular choice than the latter. There are several reasons as to why this is so. For one, it much easier to use and operate. Just flip the bail, put a finger on the line and cast, close the bail, then simply turn the handle to reel it back in. That said, this makes this type of reel a good choice for those who are just getting started with fishing. Another thing is that with spinning reels, there’s no need to worry about a backlash as long as you use it correctly.

Another reason why many anglers like spinning reels is because of its general versatility, not only in terms of who can use it but also in where and how it can be used. Want to use light artificial lures or fish with live baits? No problem. Spinning reels should be able to handle that and more. Depending on the brand, these fishing reels can be relatively affordable, making them an even more appealing choice for anglers.

When to Use Spinning Reels?

So on what occasion should you be using a spinning reel? Well, given their versatility experts use them in a variety of fishing situations. For instance, anglers who find themselves needing to fish with a light line often use a spinning reel. Anglers find that these reels are particularly useful when it comes to using lighter baits like soft plastics and live baits. In this regard, the casting distance is limited by how hard you want to cast the bait since the line flows off the spool with no drag restriction and thus allowing lighter lures to fly far.

Bass fishermen also resort to using spinning reels when fishing in the spring when the bass are holding in the shallows. Also, anglers switch to spinning reels on windy winter days for casting suspending stickbaits. One reason for this is because baitcasting reels tend to backlash too much when throwing those lightweight plugs into the wind.

What Are Baitcasting Reels?

Naturally, a baitcasting reel would be designed differently from a spinning reel. When looking at the two, one of the most noticeable difference is with the way that the casting functionality works. Instead of opening and closing the bail on the reel, you press the thumb bar down to release the spool, and cast away.

Another notable difference is the spool tensioner. This device is used to adjust the resistance that the spool provides to the line. The less tension there is, the further your cast will go. In addition, you will get more power for greater distance casting when using a baitcasting reel. They are available in light and heavy versions so you can choose one that will best fit the type of fishing you plan on doing. These reels also reels feature higher gear ratios than spinning models which many anglers often find necessary for high-speed presentations.

Unfortunately, it is common to experience ‘bird’s nests’ every once in a while when using baitcasting reels, especially if you’re just starting to learn how to properly use them. For beginning anglers who don’t know what a ‘bird’s nests’ is and is still learning the different terms and jargons used by anglers, a ‘bird’s nests’ refers to the tangled line within your reel which causes it to malfunction or become non-functional. And although there is no line twist to worry about with baitcasting reels during the release of a cast, tangled lines or bird’s nests are another matter.

However, as with a spinning reel you should pay close attention to the drag when using a baitcasting reel. Once you cast your line, you need to use the handle to reel it in. It will take some time to get used to the proper timing involved in properly casting the reel. But essentially, you just press the thumb bar down at the apex of your casting motion to release the line and gear. Pressing the thumb bar down too early or too late will result to your cast not going where you want it to go.

When to Use Baitcasting Reels?

Baitcasting reels are the preferred choice for anglers who are after large species of fish. This is because a baitcaster is capable of handling heavier pound test lines. These reels can actually handle heavier lines and also allow for longer casts than a spinning reel of the same size range provided that it is used properly. Many professional anglers actually prefer using baitcasting reels for this very reason. Keep in mind though that baitcasting reels should never be used with a light tackle since it is designed to cast further and more accurately when using larger lures.

You should also consider using a baitcasting reel if accuracy is very important in your fishing technique. These reels allow you to cast lures like jigs, spinner baits and crankbaits with stunning accuracy, though there is a dialed in drag resistance and a higher skill set will be required to be able to thumb the spool as line flows off. This is an important factor to consider because if you can’t find that sweet spot of thumb pressure, you’ll experience a backlash or end up with a tangled line.

In addition, anglers who are looking for greater casting distance should definitely consider using a baitcasting reel. In general, you can launch a lure further with a baitcaster because the line flows directly straight off the spool and not in a circular motion, which is what usually happens with a spinning reel.

Besides, any fishing adventure that targets monster fish being hauled up from the bottom require the heavier rods that are found and paired with baitcasting reels.

So to answer the question as to which between a baitcaster vs. spinning reel is better, well that would depend on several things such as the type of fish you’re pursuing, the kind of bait or lure you’re using, and of course your personal preference. That said, when choosing between a spinning reel vs. baitcasing reel you should first to look at your specific fishing scenario and the techniques you will be employing. Perhaps anglers should stop asking themselves (and others) about which of the two types of fishing reels is better, and instead start learning about which one to use in a given situation. Both types of reels are great in their own respects, and using any of the two correctly and appropriately is bound to result in successful fishing trip. 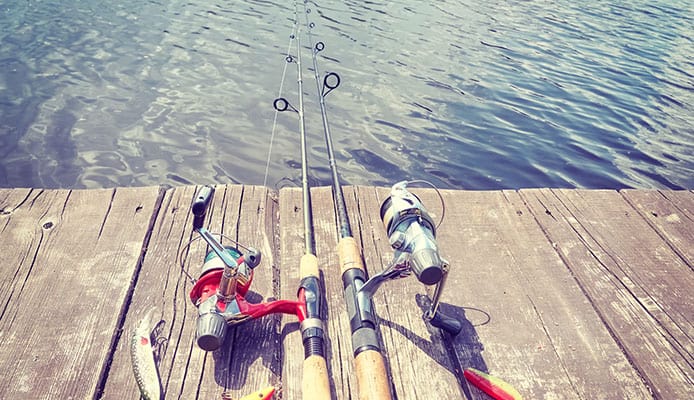 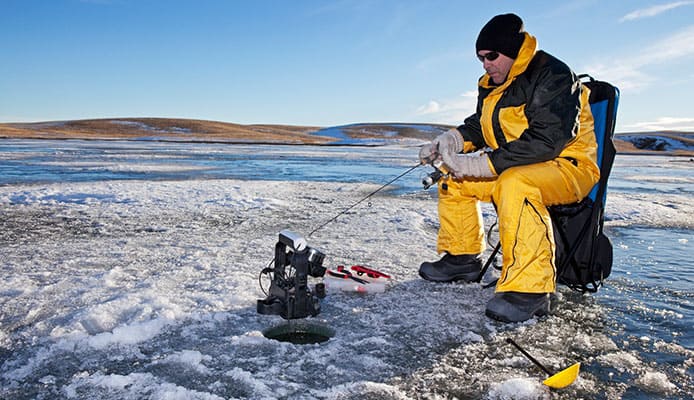 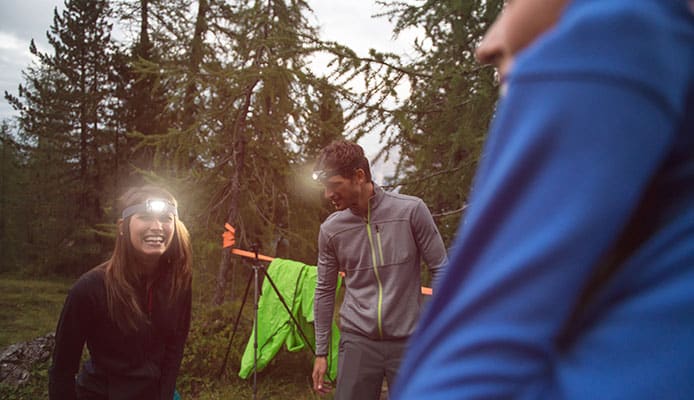