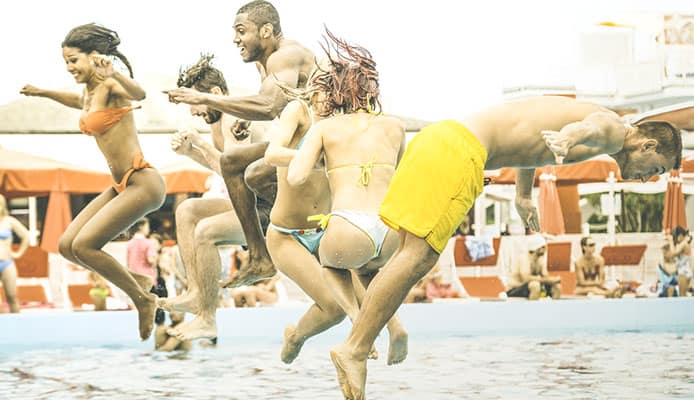 Swimming and wading in the pool can be fun. But sometimes, you’ll need to have a few other pool games and activities lined up to keep the kids from getting bored. That’s why we’ve come up with this list of 15 fun games with pool toys and floaties which are sure to keep both the young and the young-at-heart entertained for hours.

Shooting squirt guns and tube blasters can be loads of fun. But if you’re looking for something more competitive, then why not try this squirt gun race.

To make the game more challenging, you can tape a marble or a coin inside the cup to make it heavier and more difficult to move. If you can make more sets of cups and strings, you can create a whole obstacle course that can run through your whole backyard.

Everybody knows the classic children’s game ‘hot potato’, and yes this can be played in the pool as well. But if you want to make this game more exciting, then why not try using water balloons instead? And no, you won’t be needing any music here so you don’t have to worry about being accused of cheating when your kid wins.

This game can be really fun and kids will definitely be asking for more, so be sure to have lots and lots of water balloons ready.

Who says rubber ducks are only for bathtubs? If you have a couple of these lying around, then you should definitely give this game a try.

This game can be challenging because most of the time the rubber duck will not travel in a straight line so players will have to push their ducks back in the right direction.

Paper boat races aren’t fun, especially when the boats get wet, soggy, and eventually capsize. Well, if you have an hour or so before the party begins, why not make your own ‘unsinkable’ pool noodle boats instead?

That’s it! You can now use these pool noodle boats for races like Duck Push and others.

Swim thru rings look like hula hoops, but they have inflatable air chambers that allow them to float vertically in the water. You can also make your own swim thru rings using a hula hoop and pool noodles or a floating device tied to one side of the hoop.

So, how do you use these rings for a fun-filled day at the pool?

This is a fun game to while away time in the pool. It may not be as exciting as the other games mentioned here, but it’s just as fun.

For this game, you’ll need a floating board and some bean bags. You can get these in most toy shops, just be sure to get the ones designed for pool use. If you want to make your own board though, you can do so by drawing boxes or circles on a large rubber mat. You can use heavy sponges instead of bean bags as well. Why you can even use a floating beer pong table and assign points to the holes. 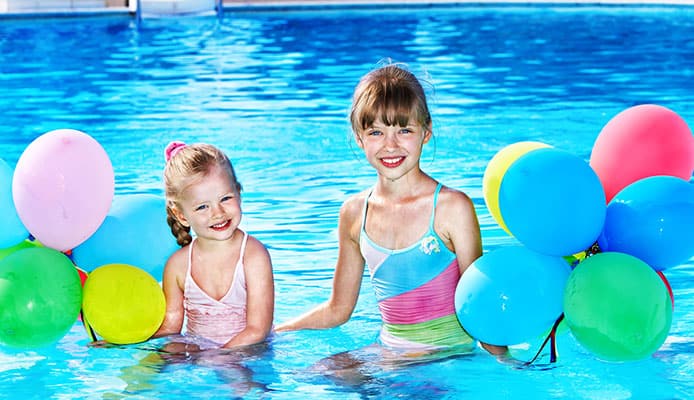 This is a rather simple game using pool noodles only, but it’s no less fun than the other games here in the list.

This can also be played as a relay game for teams. The races won’t be fast but they’re guaranteed to be fun.

This is probably one of the simplest pool games you could play. It will take some preparation though, but it shouldn’t take you more than five minutes.

First, grab as many ping pong balls as you can. Then using a marker, write the numbers 1-5 on each of the balls. You can also write one or two bonus balls with 10 points on them.

No squirt gun? No problem! All you need is a pool noodle and a target and you’re good to go.

This is another game that makes use of ping pong balls and can play before or after Floating Scavengers.

Monkey in the Middle

This is one of those traditional ball games that children from every generation from every part of the world are well aware of. The game mechanics are pretty simple, but in case you forgot how to play it, here are the directions.

And yes, we have another game using ping pong balls (who thought ping pong balls could be so much fun?). You’ll need quite a few kids to play this game though, at least three or more players for each team.

Keep in mind that if the ping pong ball drops into the water while traveling the pool noodle track, or if the last team member fails to put it into the box or plate, the team will have to start all over again.

This is quite a popular game and is played not only by kids but also by the kids at heart. And you’ll only need one item for this game – an oversized t-shirt (one for each team).

This is a popular carnival game and can be relatively challenging especially when played in the water. For this game, you’ll need to get two sets of swimming pool ring toss set. Be sure to get the ones made for pools, otherwise, the stands and rings will sink to the bottom of the pool.

To play, you’ll need at least two members for each team. The objective is to throw the ring (one by one) and make sure that it drops into the stand. The first team to throw all their rings into the stand wins the game. Simple, eh?

If you’re wondering what to do with those pool noodles and beach balls, here’s an idea: Giant Chopsticks.

You can also turn this into a cooperative game. You can pair up a kid, give each pair two noodles and see if they can work together in lifting and moving the beach ball from the starting line to the finish line.

Keeping the kids entertained can be a challenge, especially when they always have their smartphones with them. But with a few supplies and a little creativity, you can always find ways to create fun games with pool toys and floaties that will keep them active and entertained the whole time. 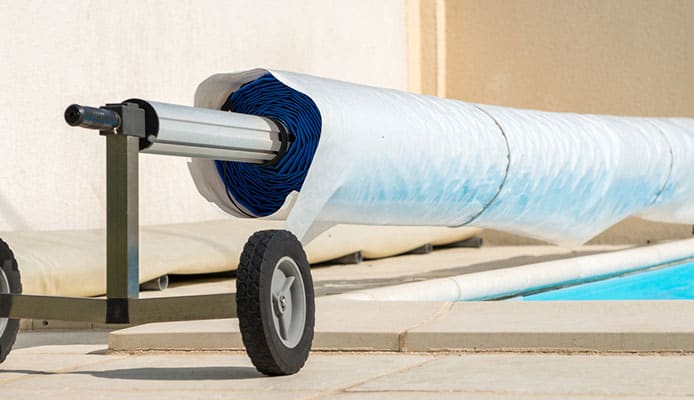 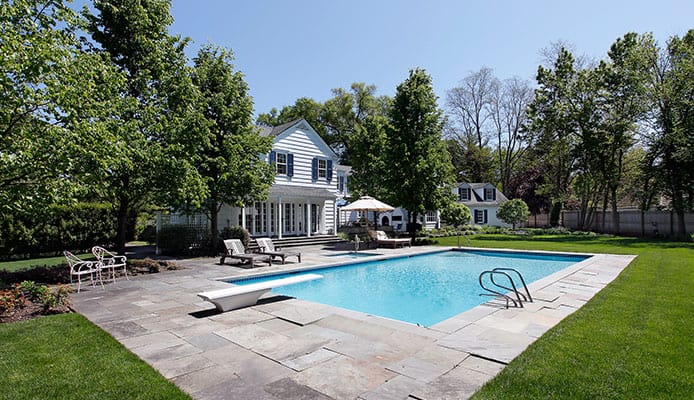 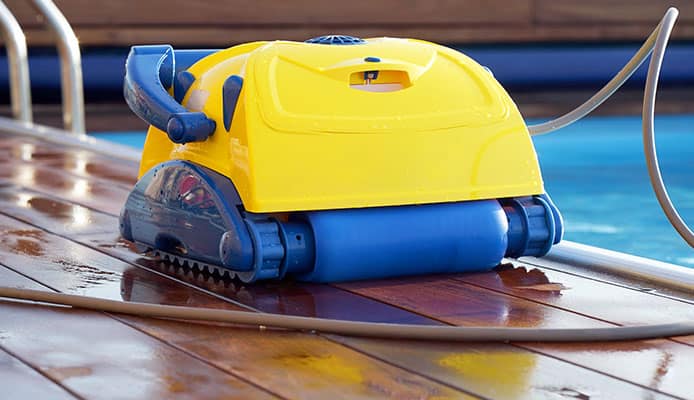